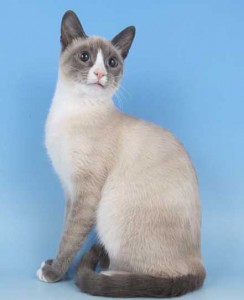 and SNOWSH0E CATS For a brief time in 2009 we were catless having lost our last cat – an ancient tabby  called  ‘BA.’   Whilst we were looking for another feline to enhance our family I took to wondering about showing a pedigree cat.  In the mean time we chose handsome black rescue, Sputnik to join us.
A lot of research   later and I discovered the Snowshoe Cat – possibly the feline equivalent  of an English Setter, but with short hair.
With the help of Mollie Southall (Coldenufforsnow), the breeder mainly responsible for developing the breed in the UK,  I was introduced to Kate Bailey who had bred her first litter of Snowshoes in Crediton, Devon..

Dicing with  death, I drove the 500 miles in heavy snow to visit and meet the family   – and Frostisox Bluestar stole my heart.

Several weeks  later I was able to bring her home – the dogs were entranced and after some trepidation, Lichen as she is known, realised she is in charge !

Very much  cherished Lichen has had a promising start to her show career.  I hope to breed from her in 2011 and the hunt is on to find a suitable ‘husband‘ 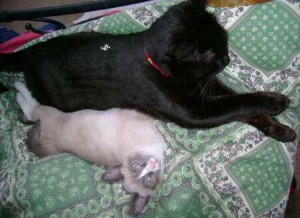 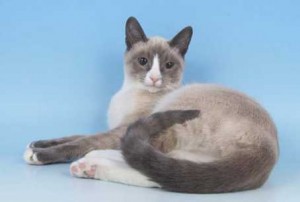 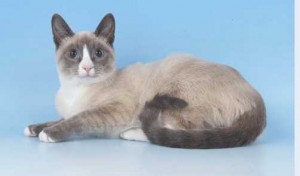 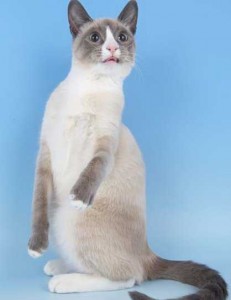 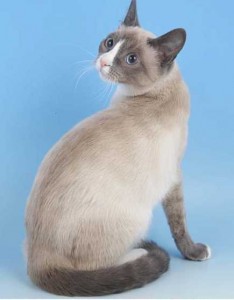 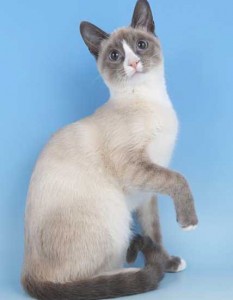